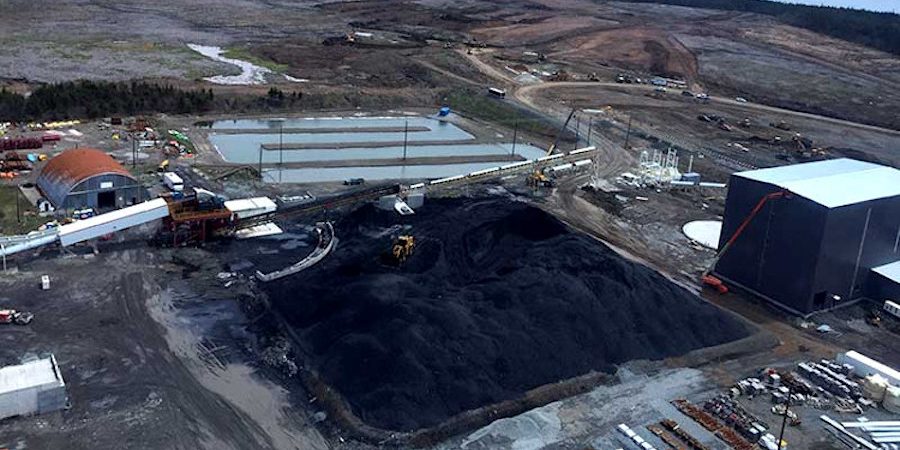 Donkin mine, the first underground coal operation in Canada’s Cape Breton in 15 years, can process all permitted production on site as its handling, preparation and processing plant is now operational.

Current coal production is being stockpiled on site, and trucked and stored up at the Provincial Energy Ventures port in Sydney, Cape Breton, for export, Morien said.

US-based Cline Group gained full control of the Donkin Mine in 2015, after purchasing a 75% majority stake in the operation from Glencore and 25% from Morien, which owns a gross production royalty of 2% on the first 500,000 tonnes of coal sales per calendar quarter.

Last month, the mine attracted some negative media coverage after a report showed it had already received dozens of warnings for safety violations.

According to CBC News, which obtained relevant documents under freedom of information laws, from March to August the mine received 10 compliance orders and 29 warnings for safety infractions.

The news brought back sad memories to locals, which still remember the 1992 explosion at the Westray mine, in Plymouth, a small town of Nova Scotia, which killed 26 workers.

Donkin Coal management has repeatedly said that, unlike in Westray’s, safety at the operation is a top priority.

Government officials not only back the company’s safety standards, but noted that most of the warnings Donkin received in the past months were “non-imminent danger” violations.

“No lives were ever at risk as a result of any of these violations,” Scott Nauss, senior director of inspection and compliance with the Nova Scotia Labour Department’s occupational health and safety division told Cape Breton Post.

Nauss added it was hard to determine if the number of violations was high because Donkin is the first mine operating under new provincial regulation in years.

Coal mining in Cape Breton dates back to the early 1700s, when the French needed the fuel for their nearby fortress. The industry has long been considered a way of life on the East Coast island.